My father passed his (I guess) mid-to-late1940s-era Alcon road bike onto me and later I (lamentably) passed it on as a trade-in on another bike at Mick Mazza's shop in Illawarra Rd, Marrickville. Now I realise that the bike was probably made just a kilometer or so away from where we lived and that Mick Mazza had a hand in selling the brand, albeit perhaps a few years later. Anyway, the story as I see it... with links....


Assume when you say 'Alcon' the frame was made by Bill Connolly of Victoria Rd, Marrickville. If so, not sure if the frame dates back to 1930. Bill was born in 1917 (give or take a couple of years) so doubt if he had his own business at 13. Believe he started making frames from 1943.


Alcon was set up at 312 Victoria Road, Marrickville in about 1948 by Alvia Mervyn Connolly (1918-1974), who (unsurprisingly) preferred to be known as Bill Connolly. Connolly was a former bike racer who was building bikes (employer unknown) by 1943. Alcon derives directly from his name, ALvia CONnolly. I understand that Mick Mazza was associated with Alcon and sold Alcon bikes. As best I can work out the Alcon name disappeared with Bill Connolly's death.


My uncle Alvia (Bill) Connolly made Alcon bikes. I remember visiting him at Marrickville lots of times when I was a small girl.with my father Ron Connolly who was Alvia's older brother. In fact
my brother & I were given custom made Alcon bikes as a Xmas surprise one year. Memories of a workshop with Lionel Cox's
poster on the wall & an Uncle who was always covered in grease. I also remember a cart made out of bicycle parts was pulled around by his Great Dane dog. He also made bikes for Russell Mockeridge. Many happy times were spent at his house with his wife Mary.


My father is Raymond Connolly... nephew of Alvia Connolly. He was telling me about reading your post on this site and sharing many of the same memories as you, especially the huge dog! Cycling has been, and still is, a huge part of his life. I know he would love to catch up with you if possible. Please contact me if you are interested. Thanks, Gemma Currey (nee Connolly)

And so on.... I threw the last one in because I Have Curreys in my family tree... probably no relation but anyway...!

Oh, worth mentioning that the "Alcone" brand is from the Connolly line as well. It seems to have been the racing or premium frame.

Some images of 'my' Alcon, hopefully still out there in the wild... 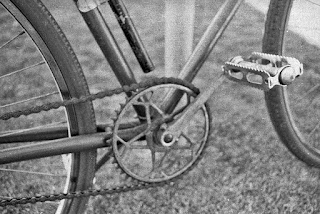 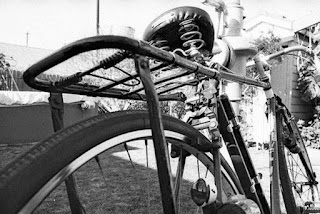 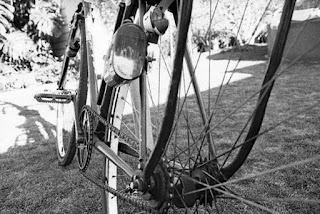 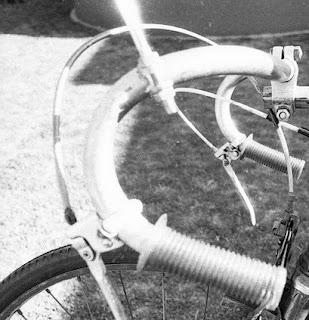 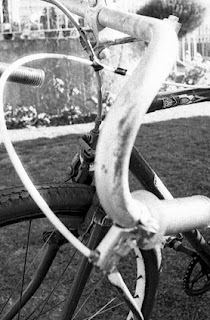 My list of Sydney's race tracks and circuits.
or checkout my list of Sydney and surrounding airstrips and airports.
Posted by gtveloce at 5:04 AM 4 comments: