Was there a WWII dispersal air strip at Llandilo? Or are we just getting confused?

There were certainly many confirmed dispersal strips in the immediate area; which doesn't preclude yet another, of course... but "Llandilo" may also have been an alternative name for another strip. 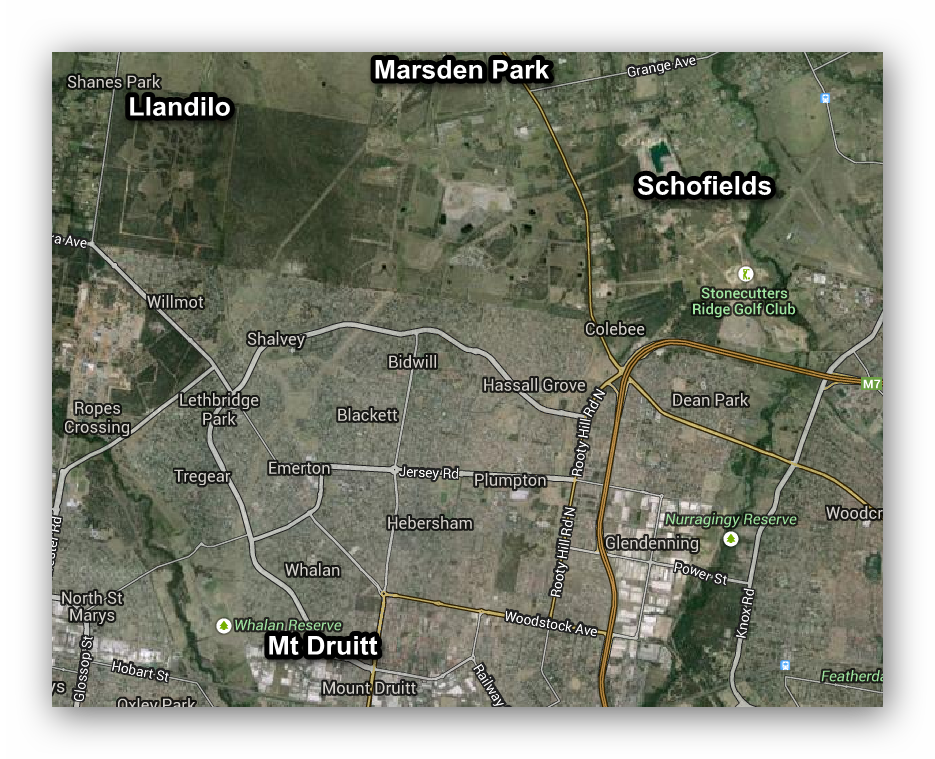 In any event it was certainly the site of the Department of Civil Aviation (DCA) High Frequency (HF) Transmission Station, a key link in the chain of HF stations that provided - and provide - long range ground to air radio comms to civilian aircraft. Similar facilities provide HF services for military and marine operations.

Initially DCA HF transmission operations were provided from a small facility at Brighton-le-Sands, near Sydney's Mascot airport; after that operations moved to larger, shared facilities (with the RAAF) at Londonderry (1948); however as the RAAF's needs grew the civil aviation transmissions were forced to move to a new site. For that reason the Llandilo area was purchased by the Department of Civil Aviation and opened as Sydney’s High Frequency Transmission Station in March, 1959. (A temporary site at Bass Hill had also been used before Llandilo was ready.)

The original 185ft HF Tower of the DCA Brighton-le-Sands Transmission Station was, I think, situated roughly in the area of what was once Kyeemagh (or perhaps Brighton-le-Sands?) Bowling Club, by the way. Which is to say very close to the "new" diverted mouth of the Cooks River. Neville Watson's memoirs include some tall tales about that tower!

A UHF repeating station was also constructed at King's Tableland in the Blue Mountains. (Air to ground (and ground to air) HF transmissions were received and retransmitted to Sydney Airport via UHF.)

Much of the Llandilo site was not used but formed a buffer to the aerials and Transmitting Station. Because of this, areas of Cumberland Plain vegetation remained largely intact and, subsequently, the area has been identified as having high natural heritage values. The DCA transmitter site at Llandilo (via Google Maps).

More on Sydney's airports and airfields.
Posted by gtveloce at 10:44 PM