I'll make a bold assumption here that the RAAF site at Bringelly was originally a dispersal airstrip, or possibly an "emergency landing ground"; although details of that airstrip remain sketchy. Was it built? Was it just a mown field?

Certainly it is now a telecommunications unit. Or rather was. 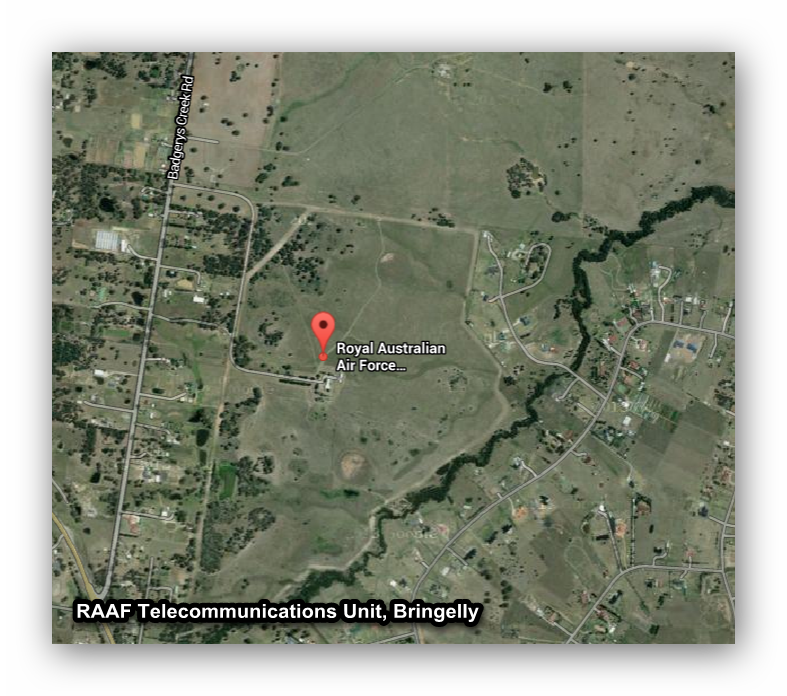 The full list of Sydney's airfields.
Posted by gtveloce at 5:42 AM

Bringelly was allocated & constructed...at least Partially during the dark days of 1942, when the Japanese were running amok in the Pacific. It was meant to be one of several "satellite" strips attached to Fleurs Parent strip (Kemps Creek). Others were Wallgrove, Bargo, & a couple of others. The Fleurs Parent was built to house the US Navy air arm, should needs demand. After Midway & Guadalcanal the yanks were on the move North. I don't think these strips were ever used for their intended customer, but the USAAC had some p39's housed at fleurs at one time, & Bringelly was used as a satellite/dispersal for Bankstown. Runway & hide-outs were built, but i don't know how many a/c actually used it. After WW2 the RAAF set up a remote radio receiving station, along with attendant high aerials...not a place to be landing a/c. I saw a 1949 photo, which shows the "runway" all but grassed over.

Thnaks for that detail, Russ.