RAAF Londonderry Telecommunications Unit - and the nearby "drop zone"

To provide air traffic control at the RAAF’s Richmond base, a high frequency transmitter was established at Londonderry in the 1940s, which was upgraded in the 1950s with the onset of the Korean War and fighter jet aircraft, simultaneously pushing the civil HF transmitters to a new site at Llandilo. Whilst this site is sometimes referenced as a possible emergency landing strip I have found no firm evidence to that effect. 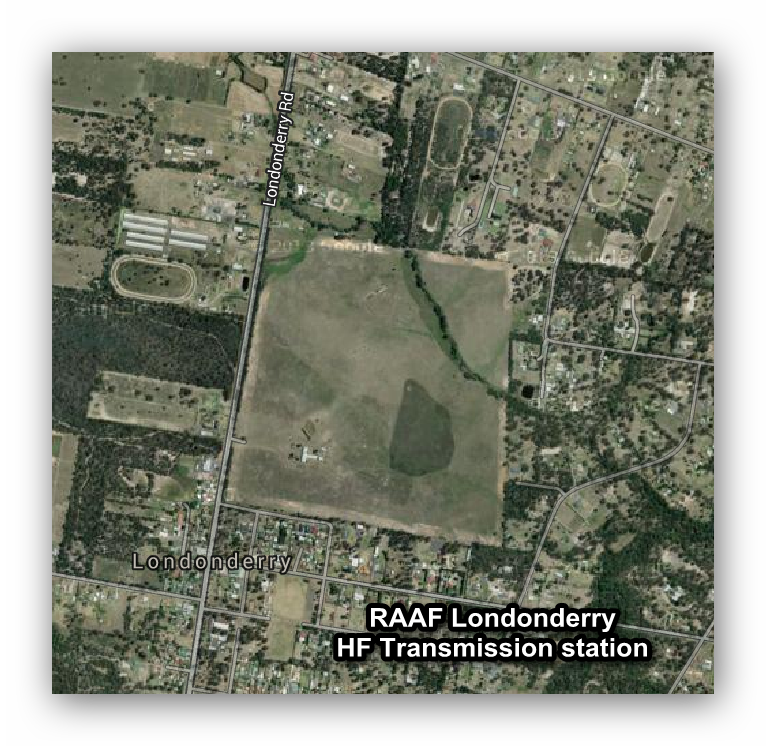 This is the current site as it appears on Google Maps in 2014. The RAAF has recently switched to a new, more remotely distributed communications system.

Also at Londonderry, to the west and south of the HF station is the "drop zone". Where the RAAF and presumably the Army practise dropping and catching things. Big things. Best stay clear. 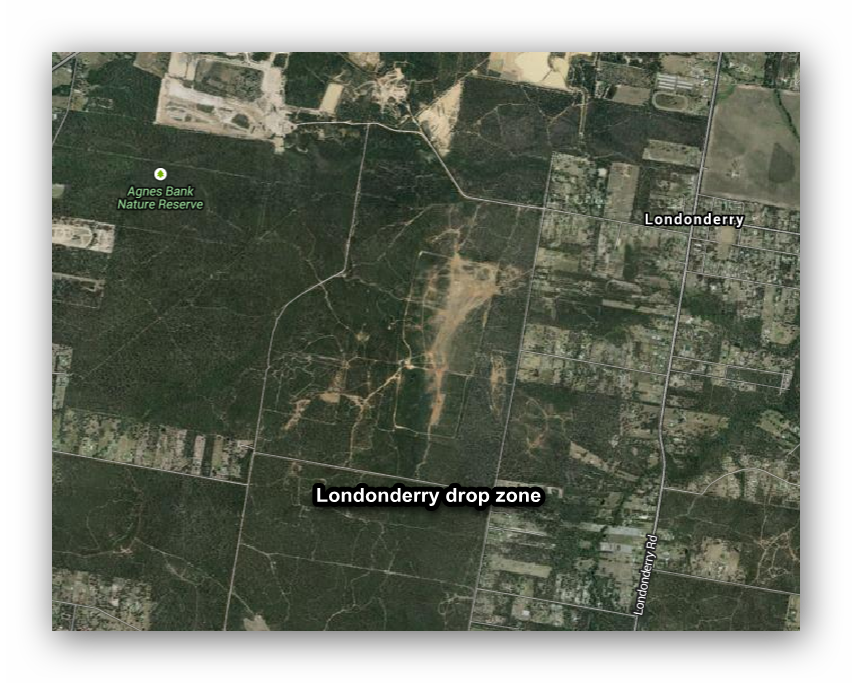